I recently was a part of a panel discussion with two fellow writers and friends, Kristen Beddard and Jessie Kanelos Weiner. The event was hosted at the American Library in Paris and graciously moderated by the wonderful Alexander Lobrano, well-known author and food writer.

Our conversation concentrated on food, but as we began to reminisce about our early days in Paris, we all seemed to come back to one detail of our French lives that charmed us from the beginning: going to the market. Paris markets have influenced our work in a variety of ways. Jessie was inspired to turn them into a beautiful adult coloring book; Kristen used the markets as a launch pad for The Kale Project, whose story is lovingly told in her memoir Bonjour Kale; and I used the fresh produce found at these marchés as inspiration for many of the recipes in My Paris Market Cookbook.

Markets are still a part of our everyday lives, even if Kristen has moved on to New York and I now find myself in the Loir-et-Cher region of France. One way that I’ve gotten to know my new home is by exploring its markets, and as Kristen spoke of kale and légumes oubliés, I thought about how markets are a great place to learn about local food culture and food in general.

I was reminded of a recent experience at my local farmer’s stand when the person in front of me in line asked what to do with the bright purple and green tufts of kale that were spilling out of the wooden crate in front of her.

“You can cook it like spinach,” the farmer offered, “or…” he trailed off and then smiled at me, “you could ask her!”

Pegged as the token American, I was the default kale connoisseur and was happy to step in with suggestions. This is when markets get really fun, when they spark conversations and lead to going home with not only a new vegetable, but also a few new recipes.

I’m not sure if the woman I overwhelmed with kale information really wanted to know EVERYTHING about that particular leafy green, and I don’t know if my farmer was really at a loss for recipe ideas when he referred her to me. However, I’m pretty positive both of them were suffering – like all of us seasonal eaters – from a small case of I’m-so-over-winter-vegetables. Driven by desperation as winter nears an end but hasn’t yet wrapped up, I think we’re all more apt to grab for a foreign vegetable or ask our neighbor what we should make for dinner due to the simple fact that we feel like we’ve exhausted our entire culinary repertoire for cold weather produce at that point. Salvation comes with springtime (and will come again with summer and autumn after that), when new colors and freshly-picked produce are available at the market.

Spring markets to open the palate

I got my first whiff of spring the day after the American Library event, when I let myself have a lazy day in Paris and wandered the city, picking up on all the energy, sights, and sounds that I miss living so far away. The air seemed lighter, as did the mood of the city. It wasn’t particularly warm, and the sun was being shy behind a shield of light grey clouds, but something was different – the promise of spring, if not the season itself, was definitely there. Soon, outdoor terraces would be filling up as Parisians bathed in the sun, sipping rosé. But cooks and food geeks have a different way of celebrating the changing of the seasons, and that’s by savoring the thrill of discovering new arrivals at the market.

It starts with asparagus, closely followed by the first shiny red strawberries of the season. Rhubarb is another sign of warmer weather, its hues of red and green bridging winter and spring. Delicate baby greens and crisp cucumbers also appear in market stands, and bright bulbs make up bunches of radish that inspire simple picnic spreads and afternoons spent outside.

You can enjoy spring fever at most markets in Paris, but these are a few of my favorites for observing the arrival of the season:

A wide selection of local farmers attend this market, making their produce some of the freshest and most representative of what truly is in season. It’s not really spring to me until I’ve seen that the ladies at the Villedieu stand have set out their first gem-like strawberries of the season.

When: Wednesdays & Saturdays, 7am – 2:30pm
Where: Between Boulevard Picpus and Rue Arnold Netter, 75012 Paris

This all-organic market is a year-round favorite, but spring brings an expanded selection of excellent produce, such as the baby greens at Hermione Boehrer‘s stand. Tiny potatoes and green onions are snapped up at the Au Val du Coutant stand, and freshly-laid eggs from La Ferme du Nohain are brought directly to the market from their farm in Burgundy.

Peckish shoppers should head straight to Marché Bastille, where you can snack on a crêpe or nibble on fresh baked goods as you stroll the aisles of this expansive market. The Baudry is my first stop for springtime fruits and veggies, which are brought from their family farm in Normandy.

Do you have a favorite outdoor market in and around Paris? Share with our readers below your favorite discoveries at the marchés! 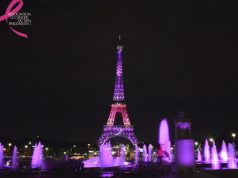 How to Support Breast Cancer Awareness Month in Paris 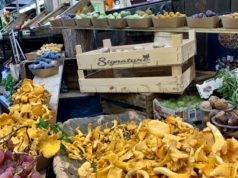 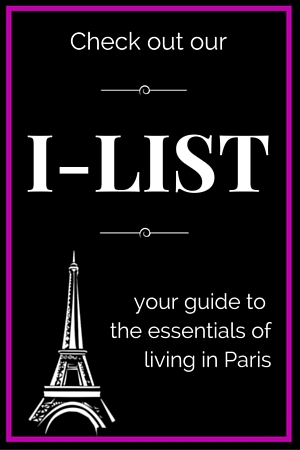 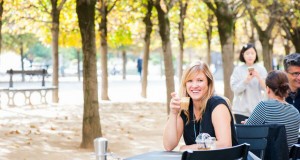